Luis Alberto Rodriguez, The People of the Mud 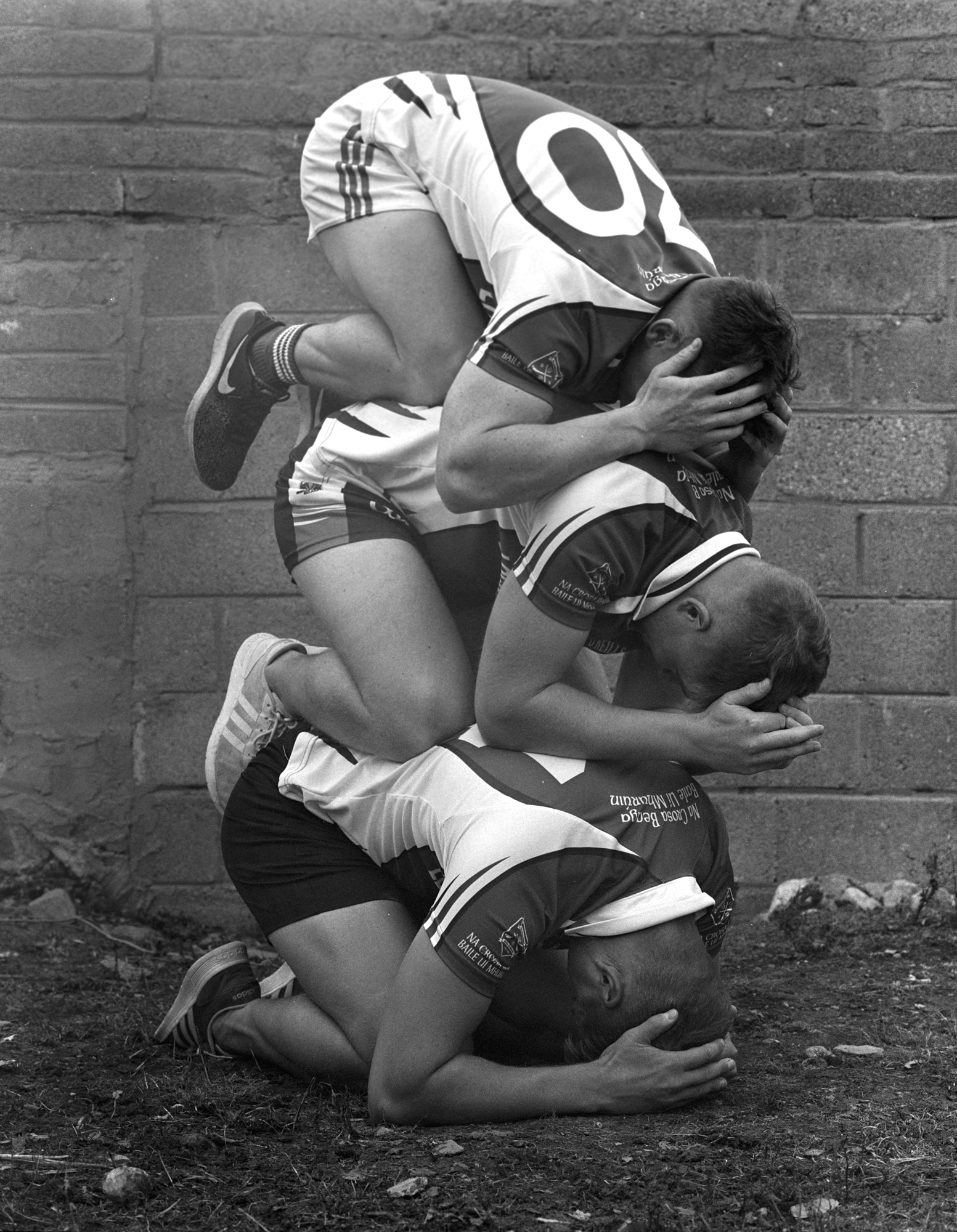 Launch 6pm Thu 2 May
Running 3 May-25 August
At The Library Project, Temple Bar.

Join us for the exhibition opening of a remarkable new body of work by Luis Alberto Rodriguez at The Library Project. The opening of this exhibition will mark the launch of the 10th edition of PhotoIreland Festival 2019.

Berlin-based, US artist Luis Alberto Rodriguez has created a new exquisite body of work while on a residency in Cow House Studios, Wexford, Ireland. Luis spent almost two months working on the topic of Cultural Heritage, as part of a residency hosted by PhotoIreland Festival, and co-funded by the EU Photographic Platform FUTURES, of which PhotoIreland Festival is the only Irish partner.

Through conversations with locals, Luis focused on three aspects of Irish tradition: hurling, Irish dancing, and farming. Watching footage of hurling in slow motion, the artist saw that in a matter of seconds the players go through a series of motifs: tackling, pushing, shoving, grabbing, hugging, knocking each other down and then lifting one another up through collective effort. They function as a unit, as a family. He decided to use the physicality of Hurling as the backbone of the series to highlight relationships of trust and intimacy. Expanding the ideas of this work, Luis then turned to Irish dancing, pairing individuals with various textiles or found materials to create voluminous bodies, employing the traditional costumes in Irish dancing to propose a new national totem.

In Rathnure, Luis was inspired to learn the inhabitants he came across were descendants of people who had lived on the same land for generations; working that land and building foundations for future generations to thrive. Using common farming tools as well as domestic items, he honed in on how the body is not separate from the necessities needed to create sustainable living conditions. The body and tools – seen as one machine, not independent from each other, but rather forming an alliance; a unit for survival.

Wexford, founded by the Vikings, was originally named Veisafjǫrðr, meaning “inlet of the mud flats”. Luis’ project title The People of the Mud is therefore a nod to heritage and continuance. The work is a geographical study of both land and body. Identifying points on a map as well as melding bodies; an opportunity to talk about roots, history, heritage, land and the tools used to subdue it.

Find out more about Futures Photography at futures-photography.com

Futures Photography Platform is co-funded by the Creative Europe Programme of the European Union, and PhotoIreland Festival is the Irish partner of the platform.

Luis Alberto Rodriguez (USA,1980) studied dance at the Juilliard School, New York. As a self taught photographer, he articulates his considerable background as a professional dancer through a sustained interest in the human form. Bodies are put in dialogue with found materials, reshaping and repurposing them relative to their surroundings. While each photograph is created in a specific location, they lend themselves to no particular time. Everyday objects are set in motion, up becomes down and down becomes up, haunting the viewer with the recognisable turned unrecognisable.

Luis has exhibited in Sweden at Wanås Konst. His work has been published in Sleek Magazine, Sleek Art, 212 Magazine, Glamour, Griot, Kaleidoscope, Numero Homme, o32c online, 10 Magazine, Frankfurter Allgemeine Quarterly, Zeit Magazine, Neu Neu Magazine, Le Temps Magazine, T Magazine China, and has been featured in The Forumist, It’s Nice That, Der Greif and Vogue Italia amongst other publications.
He is a two time Life Framer competition awards recipient and his series PATINA was amongst the highest rated by Lens Culture Magnum Photography Awards 2016. In 2017, he was awarded both the Public Prize and the American Vintage prize at 32nd Festival of Fashion and Photography Hyères, France.
Most recently he was a Red Hook Labs New Artist, and shortlisted for Document Journal’s New Vanguard Prize.