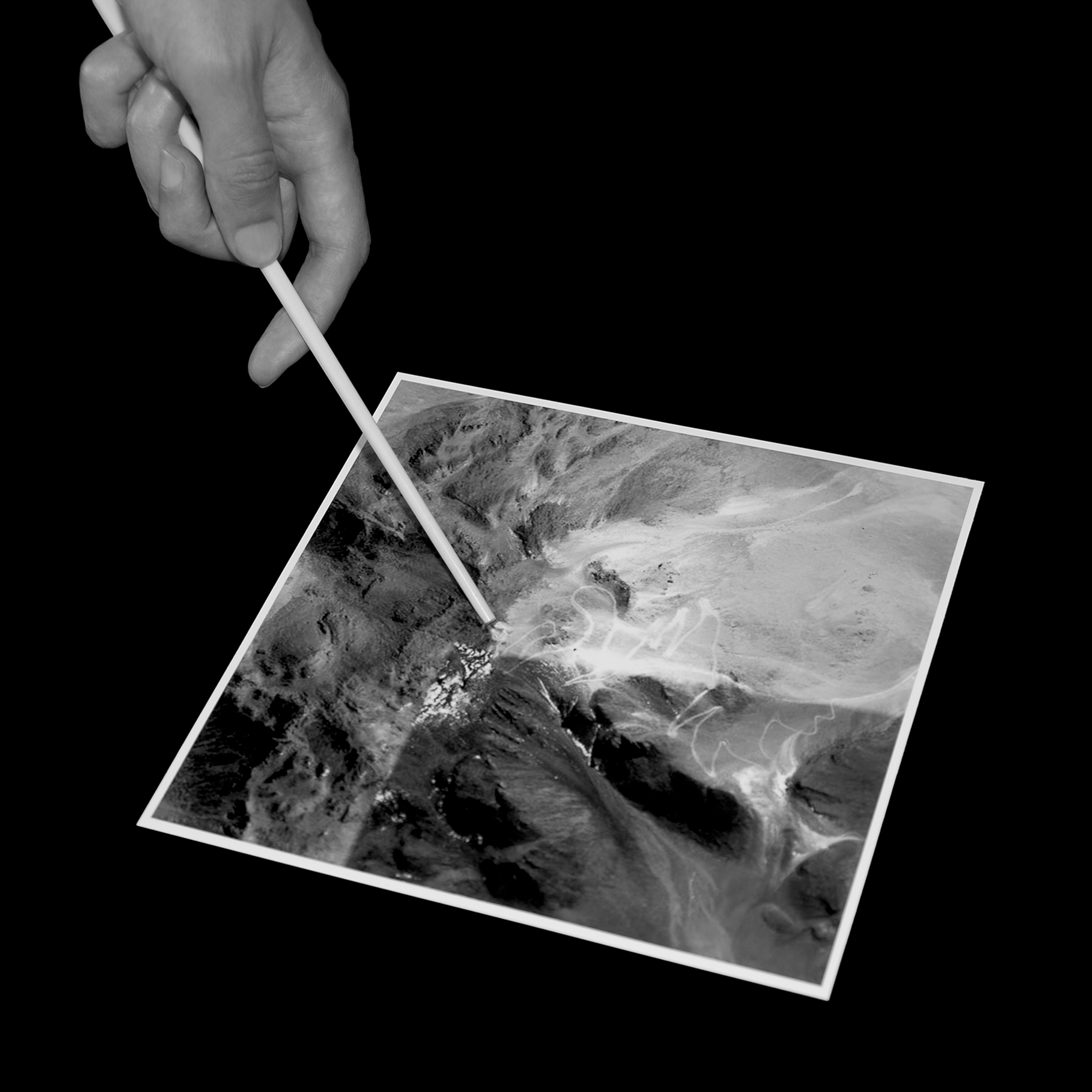 Taking its title from NASA’s Near-Earth Object Program, N.E.O.P. is a physical cosmology, investigating particular astronomical phenomena and the science related to the observation and exploration of such.

Phenomenology and Fascination are but two of several principals that draw people like Barry W. Hughes to Photography. There is also a resistance to the chaos of this world and its own laws of rational navigation; through which systematic measurement of things, places, and possibilities become much of the fabric that photography seeks to harness through its fixing of elements that comprise what we think of as an image.

In N.E.O.P (Near-Earth Object Program), Hughes catalogues and reviews a series of tableaux that become object-based systems for corollary understanding of our universe. He scales, relates, and measures a whole taxonomy of potential objects and diagrams the images with a precision found in the annals of scientific image rendering. Clever not to give full disclosure to the potentials of desire and fascination before the camera by way of definitive titles, the photographs become potential vehicles for our imagination rather than an absolute catalogue of actualities, which would render their interpretive value as grotesquely defined.

Within the work, form and function present possibilities that expand and collapse to serve our need for the acquisition of creative data control and image interlocution, making for the mapping and control of the heaven’s that much closer through pure imaginative phenomenon.

Barry W. Hughes is a photographer, writer and publisher. His photography and video works have been published and exhibited internationally, including solo shows in Ireland, Germany and China. He is the founding editor/publisher of SuperMassiveBlackHole online photography magazine (SMBHmag).