Flâneur – New Urban Narratives will launch next July 2nd in Smithfield Square, as part of the 7th edition of PhotoIreland Festival, bringing the works of two great photographers to the streets of Dublin. Flâneur – New Urban Narratives is a new, European Union funded, 2 years long project, asking photographers to apply a new approach to their work within the urban territory. It seeks to offer a fresh perspective on the dynamics of European cities and urban landscapes.

As part of the project, each of the participating host partners commissions up to 3 photographers to produce work around the flâneur concept in their city. The works are then displayed in a series of large cubes, dispersed over a metal pathway that becomes part of the public space where it is installed. The cubes become lightboxes at dusk, creating a special display and extending the enjoyment of this open-air gallery throughout the night. The structure has been already in Mansfield (UK), Photo London (UK), Triennial of Photography Hamburg (Germany), Cortona (Italy), and  Lisbon (Portugal), and it will head to Lodz (Poland), Dublin (Ireland), Riga (Latvia), Kaunas (Lithuania), and Derby (UK). 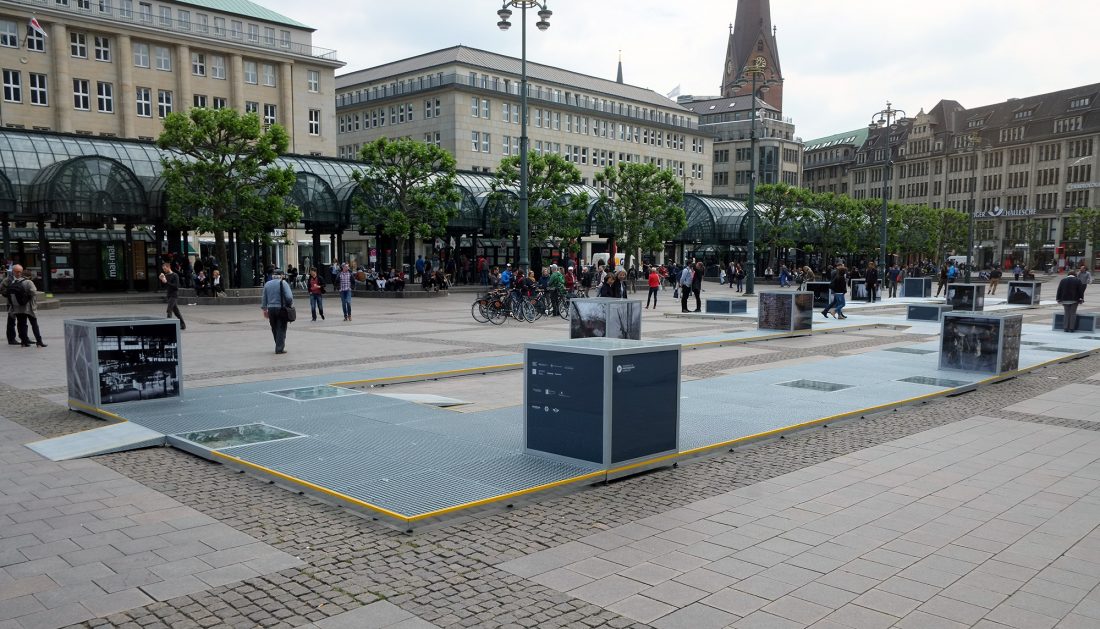 Installation shots of the Flâneur project in Hamburg: ‘Flâneur By Hamburg’, June 2015. 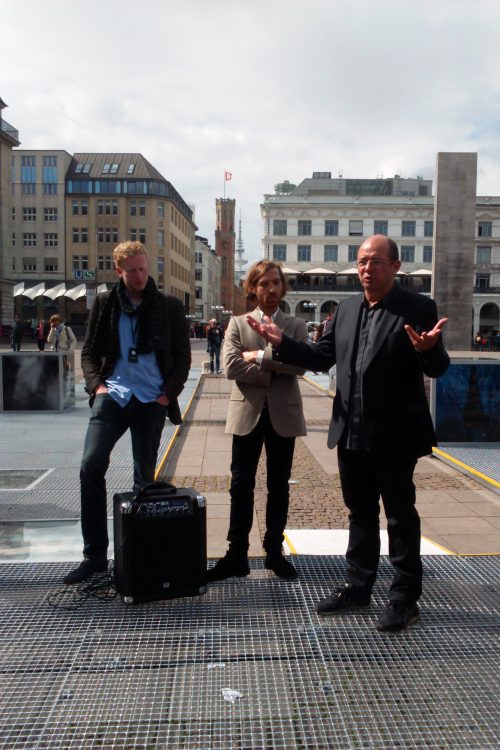 Launch of the Flâneur By Hamburg – June 2015 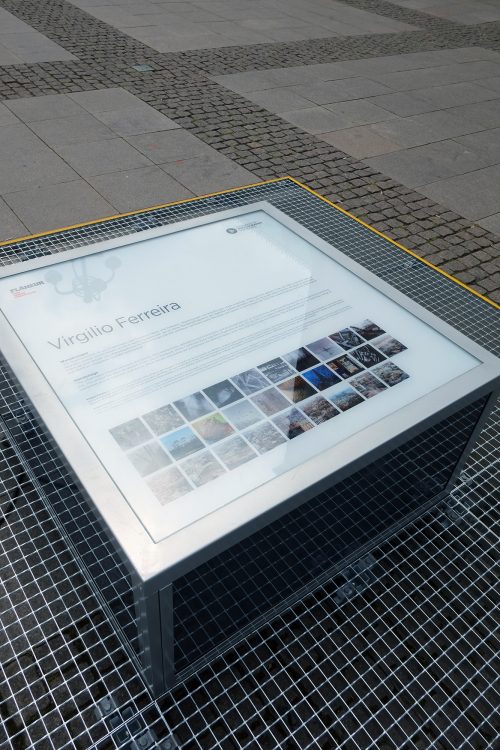 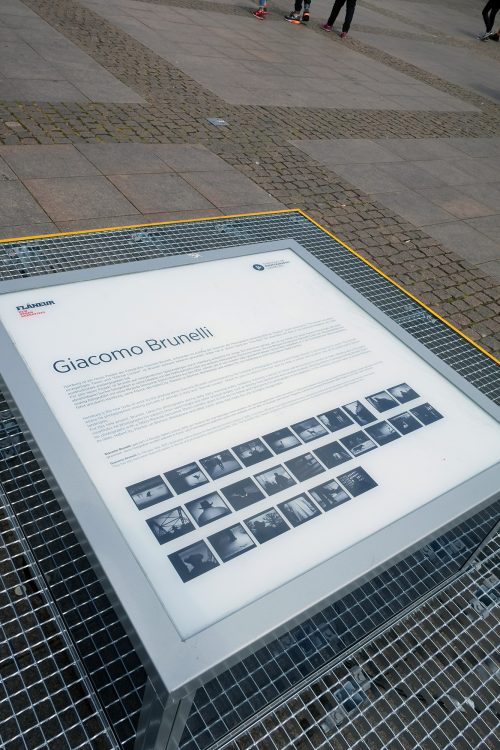 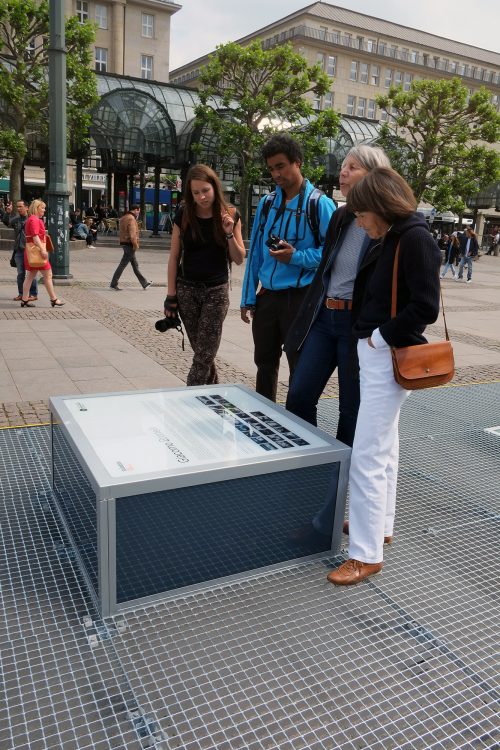 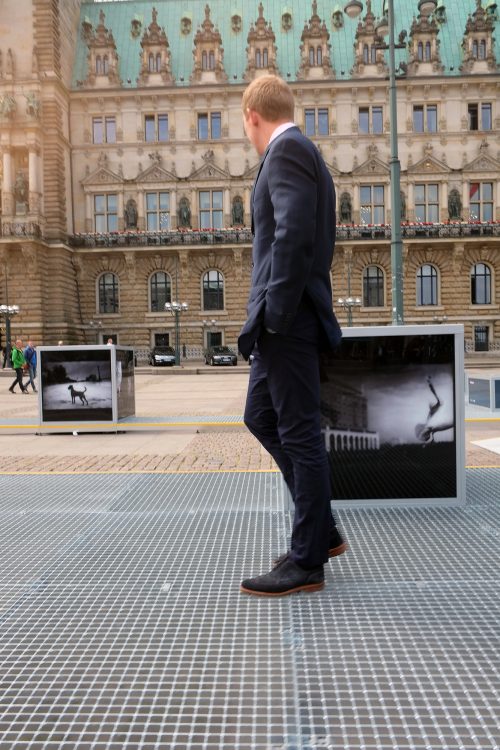 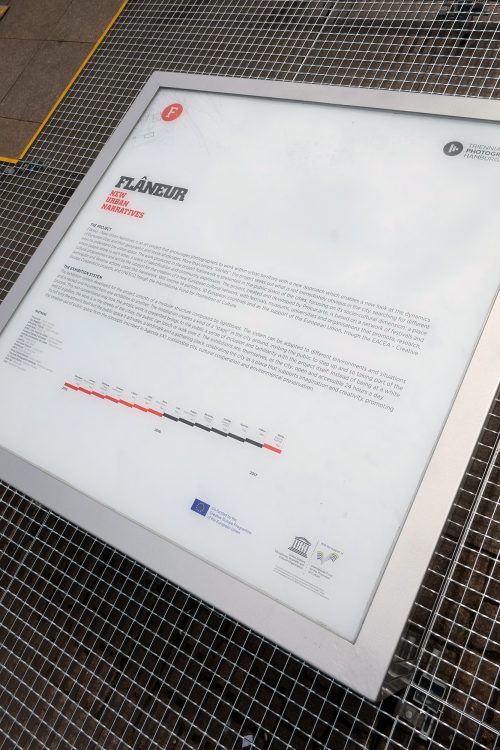 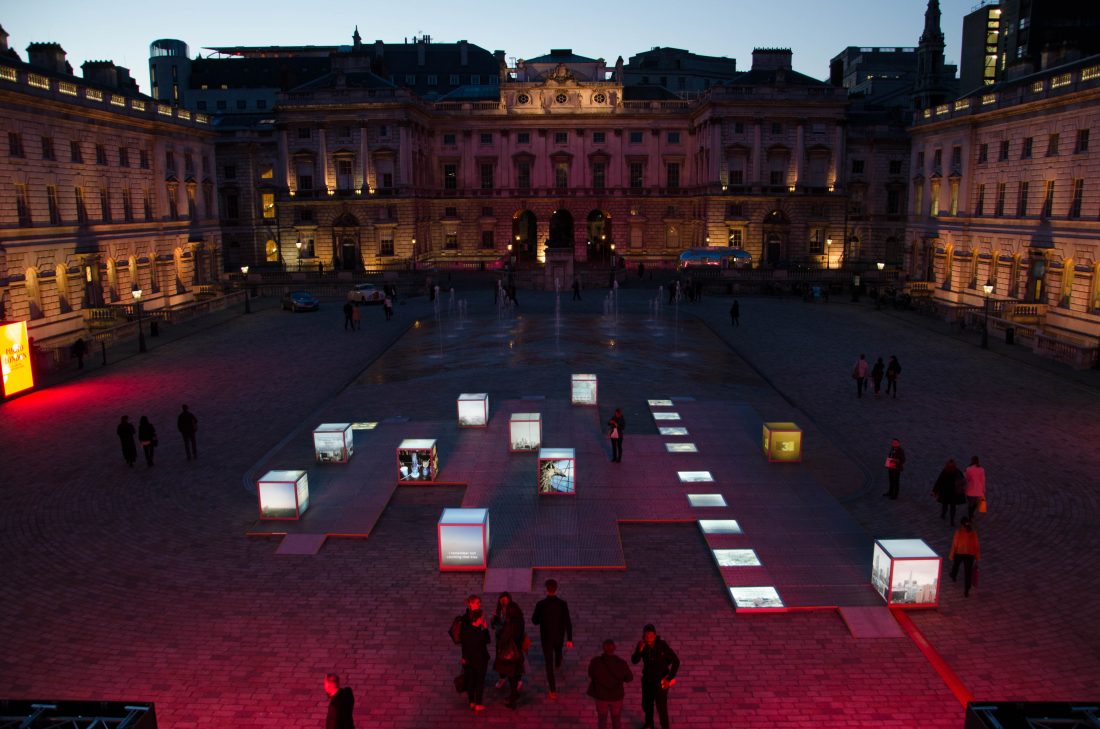 Installation shots of the Flâneur project in London: ‘Flâneur By London’, May 2015.

The photographers commissioned to produce work as part of Flâneur project in Ireland are Esther Teichmann and Rik Moran. The artists will enjoy a residency period before the festival in two different locations. The approach proposed by PhotoIreland to the project partners is to explore in particular the built environment in rural areas, away from big cities, and also to consider the role of the female flâneur, the flâneuse.

Esther Teichmann already visited in April to work on her commission, staying at Cow House Studios, Wexford. Rik Moran arrives to Dublin now, in mid May for his residency. They will both give a talk and a masterclass during PhotoIreland Festival 2016 – details will follow. 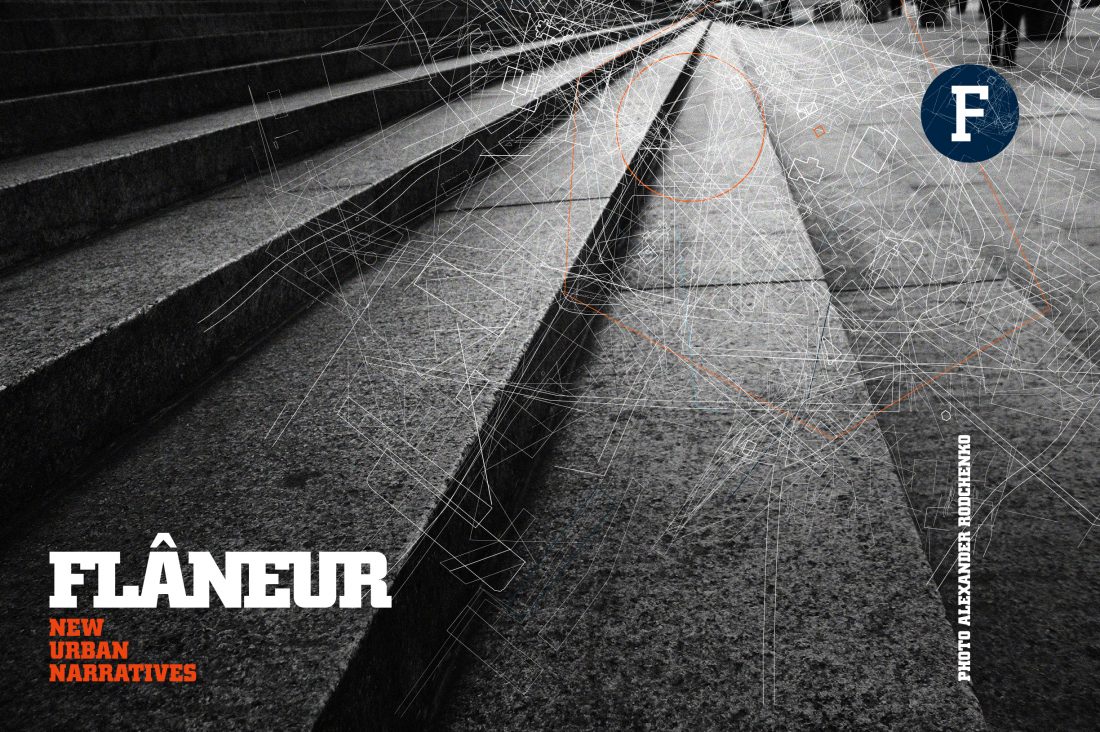 The project was initiated and is headed by the Lisbon based organisation Procur.arte, and it involves 20 European partners (festivals, cultural organisations and public institutions) from 10 European countries:

Baudelaire describes the flâneur as someone who wanders around the city with the purpose of experiencing it. Since then, the concept of the flâneur has been used as a tool to help understand urban phenomena and modernity, in economic, cultural and historical terms. Walter Benjamin refers to the flâneur as a product of modern life, an asphalt botanist, and defines the city as the sacred ground of flânerie. Following the dynamics of the 20th century, the relationship between the art practice and the urban context, became particularly fruitful – as the so called spatial practices show, questioning the city with the contribution of different media and techniques, and defining the artist as a stroller, a wanderer, a flâneur.

Flâneur – New Urban Narratives is a network project based on an international partnership of some 20 organisations from 11 different countries. Its main purpose is to carry out artistic interventions in public spaces through contemporary photography. The Project encourages artists to create new interpretations of the urban terrain, having the concept of flâneur as a starting point and considering the physical context of the city as a social kaleidoscope in constant evolution. Besides the art projects and interventions in the public space, Flâneur is comprised of several other dimensions brought to light in workshops, masterclasses, artistic residences, creative camps and conferences – initiatives intended to foster a critical analysis of contemporary photography and contribute to a discussion about the public space as a social territory.

The city, as a whole, is the geographic scope for the invited photographers. With the Project theme as a starting point, the photographers are then free to explore the city during the 15- day artistic residencies.

The Masterclasses and ateliers are organised preferably within the area of the exhibition, aiming at specific neighbourhoods or quarters and engaging schools and local associations in order to involve the local residents with Flâneur.

For more details about the project you can check the official Flâneur – New Urban Narratives website, or download the Flâneur Booklet that include the work done to date.
The installation in Smithfield Square is kindly supported by the Dublin City Council.